Comparing 4 webcams for their low light performance, ease of use, compatibility, sharpness and microphones.

I mostly use webcams as mouse cams while gaming (for testing purposes shown in reviews), and for that, the Razer Kiyo with its light is awesome. Sharpness isn’t much of an issue there so I don’t mind it’s a bit soft.

I think as a standard camera for streaming, assuming you have a separate microphone, the Brio might be the best due to its sharpness and resolution. However, the Kiyo is softer so won’t pick up on so many blemishes (if that matters to you), and will light you more, which could help distinguish you from a green screen.

The Brio audio is clearest but doesn’t sound as nice as the C922 in my opinion, I like bass in people’s voices. The Kiyo audio is too low but maybe I didn’t have it set up right (I tried to use defaults).

But I’ll give a special mention to the C922 because while mine doesn’t seem to like me, it’s meant to be one of the best choices. I encourage you to check out some other videos on it to see if it will suit you.

You can buy using my Amazon Affiliate links here: 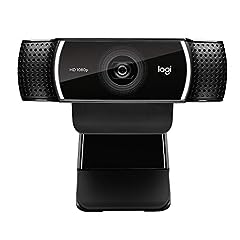 Power your online video content with the Logitech C922x Pro Stream Webcam. This HD Camera is more than capable of streaming and recording high quality videos with crystal clear audio, all in your home.Works with OBS (Open Broadcasting Softwar... (as of February 15, 2020 - More infoProduct prices and availability are accurate as of the date/time indicated and are subject to change. Any price and availability information displayed on [relevant Amazon Site(s), as applicable] at the time of purchase will apply to the purchase of this product.) 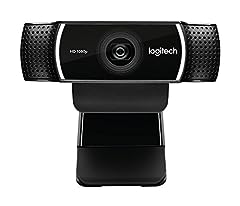 DESIGNED FOR SERIOUS STREAMERS Connect with superior clarity every time you go live on channels like Twitch and YouTube. Stream anything you want in your choice of Full 1080p at 30fps or hyperfast HD 720p at 60fps. Broadcast masterfully with ... (as of February 10, 2020 - More infoProduct prices and availability are accurate as of the date/time indicated and are subject to change. Any price and availability information displayed on [relevant Amazon Site(s), as applicable] at the time of purchase will apply to the purchase of this product.) 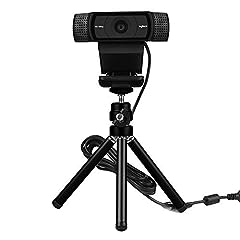 (287)
Easy to use: Offering reliable stability, this mini tripod from Mama Win keeps your camera in place. The mini tripod makes it easy to take timed shots and higher resolution pics. You can even use the tripod to effortlessly position a webcam o... (as of February 16, 2020 - More infoProduct prices and availability are accurate as of the date/time indicated and are subject to change. Any price and availability information displayed on [relevant Amazon Site(s), as applicable] at the time of purchase will apply to the purchase of this product.) 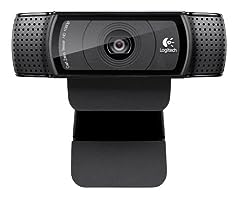 HD Pro Webcam C920 With the Logitech HD Pro Webcam C920, you’ll be seen in more clarity and detail than ever before with Full HD 1080p video calling—the highest quality available. Enjoy vibrant, true to life video clips that capture the small... (as of February 15, 2020 - More infoProduct prices and availability are accurate as of the date/time indicated and are subject to change. Any price and availability information displayed on [relevant Amazon Site(s), as applicable] at the time of purchase will apply to the purchase of this product.)

this is how reviews should go, going to purchase the razer kiyo! THANKS!

Thanks for the review. Was hoping that Razer Kiyo would perform, but the blown highlights and incredible loss of detail (esp. in low light) are the deal-breakers for me. Brio looks ok(ish), but the quality is nowhere near the the price Logitech ask for it.

If the Razer does not come with software how do you use it outside of OBS…. for example with Skype and other cam based sites…. i mean how would you adjust zoom/brightness/colour/gain and so on…… thanks.

C920 seems to have pretty bad contrast and color.

I understand you’ve wrote some books, are you planning on making audiobooks from them with you narrating them? You got the voice for it.

Maybee try out the Beyerdynamic MMX300 (2nd gen) headphones. For those interested in high grade gaming headphones. They arent wireless tho for your taste, but for the plebs. And maybee some soundcard alternative and 7.1 surround sound software for gaming if you wich to buy headphones without built in surround driver. Mainstream headphones usually delivers quite bad sound, from my experience and by looking at the opinions from the community.

Hey Zy, Could you help me in picking out a good mouse? I’m looking for one that is lightweight, small, has good feeling buttons that are light to click, good comfortable shape, good build quality, top of the line sensor that can not be made to spin out even at 7+ m/s, and a flexible cable. I’ve had many mice before and never found one to meet all these requirements. Thanks.

Keep going on the reviews your in-depth coverage is great

Not only the best mouse reviewer on youtube but the sexiest.

thank you! I have been looking around fly decent reviews and comparisons but you do it all and at once. I can now come to a conclusion of what to get!

you actually need more sleep tho. that panda eye

I think i chose logithec brio

hey RJN, could you review the newly released logitech g pro gaming headset? with the other 2 g pro peripherals being really good I’m looking forwards to this new headset. thanks!

You look like a non American version of Steve carell

What Do you Think is the best mouse for clawgrip?

I need some help, I currently play at 1300 dpi and I would like to switch to 800, how would I edit my in-game sens for this change?

They all look and sound horrible. But I guess if they didn’t, they’d just be sold as cameras

Just FYI, you’re not the only one with C922 issues, the cam is terrible. Constantly resets it’s settings, and when it does introduces a ton of lag into the capture… awful awful camera 🙁

OBS has known major issues with 3 or more simultaneous webcams. I suspect this is why the C922 had problems for you. It has nothing to do with the cam itself, simply that OBS happened to have the C922 as the last link in the chain and thus received the issues. My friends and I had an ordeal with this a few months ago running C920s where we couldn’t get the last one to work at all, I’m surprised it worked for you at all. To verify this is the reason, you could swap the USB inputs around or run it with fewer cams.

You have the most dead face ever

price to image quality ratio c920 is still the king